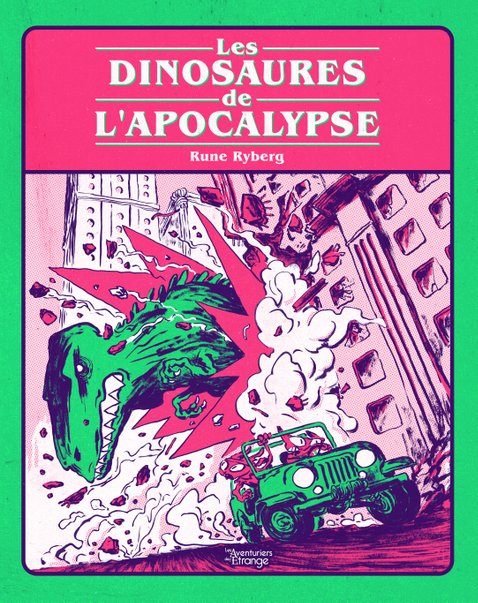 The world is no more. Between ravaged skyscrapers, abandoned roads and a submerged city, only the dinosaurs have survived… and a handful of deceitful cats. Absurd challenges, furious confrontations and saving fraternity exalt the existence of this clique armed to the teeth.

New album from Rune Ryberg! Always so crazy, always so unbridled, always so referenced to the pop culture of the 80s / 90s and once again, with a sub layer of the questioning of self-acceptance and belonging.